Disney+ blankets Singapore ahead of launch; biggest marketing campaign by far for 23 Feb debut
Disney has blanketed Singapore with marketing messsages ahead of the 23 February launch of Disney+ in the biggest campaign “by far” ever initiated in a country of 5.7 million people, almost 1.4 million households and mobile phone penetration of 152%. In addition to high-visibility outdoor advertising, the direct-to-consumer platform goes live with long-form prime-time programming slots on Wednesday (8pm, 24 February) for 29-minute debut extravaganza, "A Night of Disney+". The show will air simultaneously on national free-TV broadcaster Mediacorp’s Mandarin-language Channel 8, English-language Channel 5, and on two StarHub channels, as well as streamed on Mediacorp’s meWatch and on Facebook.
The full story is on page 1 & 7 of ContentAsia's latest eNewsletter

Yuriri Naka, Teo Yoo join “The Window” int’l drama cast; Japanese broadcaster Fuji TV opens new window on international co-productions
Japan’s Fuji TV embarks on a new phase of its global ambitions in Autumn 2021 with the launch of “The Window”, a 10-episode English-language drama billed as “Game of Thrones” meets “Billions” in a human drama that could do for football what “House of Cards” did for politics. A tall order and a calculated risk for the Japanese commercial broadcaster, which is reshaping and ramping up its involvement in international drama co-production. A complete departure from anything Fuji TV has been involved in before in terms of budget, scale and language, “The Window” also taps global diversity trends and provides a high-profile platform for Asian talent on both sides of the camera.
The full story is on page 6 of the eNewsletter

Turkish drama tops in Pakistan; “Resurrection Ertugrul” sweeps demand
Turkish drama, “Resurrection Ertugrul”, remains massively popular in Pakistan, scoring more than 40% above average demand for a TV programming in the country for the week of 10-16 February. The period drama, set in the 13th century, beat back high-octane rivals Disney/Marvel’s “WandaVision” and surged to almost double the demand for HBO’s “Game of Thrones” and Amazon Prime Video’s Indian drama, “Mirzapur”, according to data science company Parrot Analytics.
The full story is on page 12 of the eNewsletter

For more of the latest news and insights, download ContentAsia’s new eNewsletter here 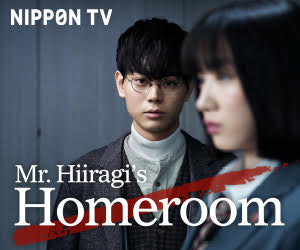